Today  Kundli  has  become the national pride in Industrial  estate rising high with flying colors. The Kundli  factor  is seen as syndrome among Industrialists.  High advancement  in the Kundli  area  enveloping  every prospectus of amenities shrewding from big entertainment to the flat towers, leaving no stones unturned  to  make it as hubspot . All efforts are taken to empathize the well constructed town. With  close proximity ,easy connectivity, entry of a host of commercial projects, Kundli is indisputably  the center  of attraction. Today it  has  become the wail destination  for investors in Delhi & NCR. The last decade has been a landmark for industrial evolution in the area.

This suburb 30 km north of ISBT, has renewed  itself and is all set to achieve a prominent place on the industrial map of the country. Situated at the highway connecting Delhi to Chandigarh, the place is a hub for industries, especially steel and agricultural. The short distance of less than 25 kms from major North Delhi areas like Pitampura,   Rohini,  Ashok Vihar, etc., and smooth roads have made Kundli a favorite amongst the industrialists residing in the northern part of the city. Those living in North and West Delhi are now investing in the Kundli, Sonepat,  Panipat  belt.
Kundli  has an upper edge as all the three sectors industrial , residential , commercial pave its economic growth . In industrial section there  are  lot of go downs  , cold storage ,  warehouses. A platform of industrialists came into existence in the year 1990. Since then it has been making collective efforts to further the cause of sustainable growth. Small, medium and large industries in various business segments like textile, food processing, industrial equipments, engineering goods,  housewares , plastics, rubber products, packaging , chemicals, consumer products etc. predominate.
Inspite of these high efforts, other mega projects will be seen as new  enlightened  market. The progression will  be extreme as the projects speak off. The government has taken all necessary efforts to immolate .Industralists highly favour this  new market  town as luxury sighted in. Irrespective of other NCR regions ,kundli is pollution free, less prone to earthquake.   Hence higher hand on other NCR regions. Kundli  provides all basic amenities  like water,24 hr electricity, security ,modern infrastructure. Accessibility to Table Tennis court, Badminton court ,club membership, parking  facilities of various level .Rajiv Gandhi Education City has been in developing purpose where  many reputed universities has registered their presence.  With  the advent of it many areas of development like employment has triggered. So, it emphasis  the boom in the market. The high speed internet  corridor, facilities emerging to influence the sector to esteemed name. The  upcoming Metro project has added new dimensions to industrial  horoscope.Well transport  system ,near to NH-1,just minute drive from national high ways has emulsified  the project. Strong  project on road construction inner and outer macmillan the pave.
Laying the foundations  of  Rs 2,200  crore  would be spent on construction of the Rail Coach Factory at Sonipat in the state. Most of the developers in Kundli are emerging this Industrial town to Real Estate. Many Residential   and commercial sectors  have been set up. Thus there is high chance that property rates will  rise to its fullest  in the coming future. Among  them  are Ansal ,Tdi, Sunshine ,Parker Residency ,Ushay  Tower.  Also  in commercial  sector   Kfc, Mcdonald, Big Cinemas,  QCinemas has added un upper advantage. The atmosphere is  absorbing and touching. So  its favourable condition has attracted many investors to roast  a curry here.
“Last  but not the least “Kundli  is driving” is an affirmative  notion one can applaud to its way.”

Boom  in  the   commercial   sector  by  the   upcoming  of  the  diverse industrial  estate  has grown  fish market in sudden  escape. The  primary  focus  of the commercialization is to widespread the economy  of the area. Several  factors   favour   the advancement of the Kundli  region  within instant pile  of time. All  the  basic  amenities needed  to develop in a region are already   acquainted  and  in  the  process of  being so. In  the  prevalent  time the idea  is to induce  as  much customers. Missions are  already  started  while many  much  more  are in due  state .Passing  of the ongoing   METRO/MONORAIL  project and well transport system shows esteemed uniqueness. Within 2 year there is optimum chance that financial sector would doodle to heights.
AMR  Group  has  newly  commercialized the open  market by portraying  Kessel Grand. By  evening best    to  bug  around  in nearby  as  NH-1  is  cornered. The  Mall  is epitome  by a Huge  Frontage of 300  ft ,with ample  car  parking  space ,newly  renovated  KFC has  a life turned experience.
Ansal  Highway  Plaza is a  7  floors mall spreading from McDonald  to  Big Cinemas. This  3.75 acres  mall has the world famous food lounge. Revolving restaurant and many branded outlets will open in the coming future. .  Overall  picturising  Ansal being the best business to provide lucrative environment.
The parker mall is one of its kind of esteem destination where life is true colors. Dazzling 12 story high momentum hotel reflects the ecstatic showcase of glamour. The sagarratna, gulab lures the nuisance of life. Sweets are the center of the kind of attraction.
TDI Mall, Kundli is designed as a modernistic shopping complex offering best-in-class retail-cum-entertainment opportunities to suit diverse customer profiles.. The stunning use of vibrant colors and glass on the plaza facade together with a spacious atrium make the mall stand apart in terms of class and style. QCINEMAS , been the lighthouse of cinemas. BIKANER, BTW, Domino’s food lounges are the real spice of taste. Also a new School named TDI INTERNATIONAL School affiliated to CBSE has been opened  for the students .
Spread over 4lac sqfts ,Rodeo drive is a G+3 structure, designed and conceptualized as an integrated retail ,food and entertainment  joint. The multiplex on the top floor revised to digital experience for movies lover. For those travelling on highways and residents of Sonepat  the mall is pure elegance.
SCO-shop cum office are the high in demand these days as they are complete shopping hub.
As the NH’s are  adjacent, the property rates are optimum ,and there is high chance that it will rise to its fullest. Various new malls will be opened in coming future and the price rise is reasonable.
Posted by Unknown at 01:15 1 comment:


There are many important factors to be considered, while buying a luxury home in affordable price. The splendid location, affordability, vastu based and ecofriendly features, deluxe amenities and reliability are very important factors to be essential for possible home buyers. Just by considering all factors, people can live peacefully in the green locality of the city. Apart from this, the residential area is metro urban grand location. This peacefully area is really an important site of the urban. It is located very far away from hustle bustle of the urban, so it is an ideal location for living purposes.

To keep the residents safe and secure, the project provides deluxe amenities like club house for daily sport activity, full power back up facility, frequent water supply, tight security concerns, swimming pools, health care services, and other deluxe features reasonably provided. From the residential purpose, it is a suitable location for spending an ideal life with new hopes and dreams.

MAX HEIGHTS is an enthusiastic, focused and highly motivated professional, having good hands of experience in field of engineering, architecture, construction, marketing, finance and other management discipline. Max heights shortly believe in quality and timely completion of the project. The company passion for exceeding industry benchmark is evident in its ability to redefine value engineering, project after reinforcing the best of conceptual innovation and cutting edge of construction technology. Our commitment is to enhance our client’s portfolio by providing competent, efficient and lucrative solution to their entire requirement. 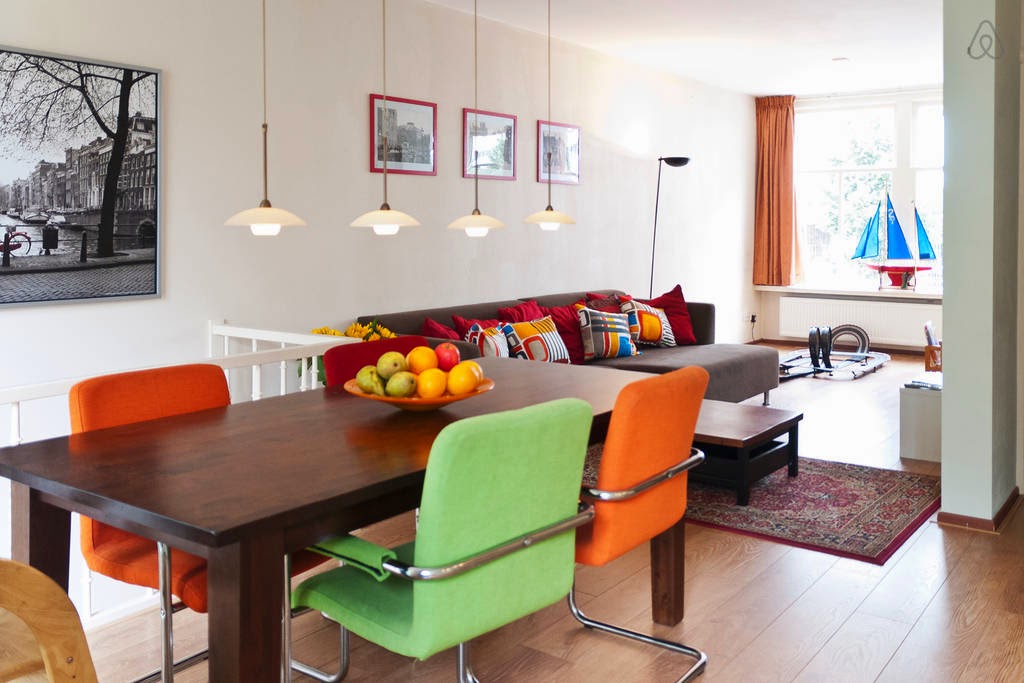 
We designed complex with beautiful landscape, regulated entry with intercom connection from entrance gate to each apartment and high tech security system. It redefines the and set the trend of all future homes in urban metros. It is world chosen for upper crest luxurious and rolling expanses of green pastures. It is a habitat singled out as the one and only choice, for those who demand the best life has to offer. Its featured apartments offer a life style which coordinate with your luxurious whirs and fancies. Italian marble flooring, magnificent entrance lobby, grand living rooms etc. Are all a majestic representation of the finer things in life?

At maxheights we prefer to differ in our whole approach towards real estate development. While others may pride in boasting what they have designed, we simply rejoice in the way people enjoy being in our constructed spaces, be it for work or for living purpose. A fine bunch of young professionals having a fair share of exposure in engineering, architecture, construction, marketing, finance and other key management discipline, we at maxheights infrastructure are filled with ideas to shape the face of new vibrant India. Maxheights Metro view apartments –a residential project which offer luxurious condominiums or apartments is being developed by Maxheights Township and projects. All these apartments will have modern and luxurious design, which having facilities of modern society are available in it such as secured complex and also landscaped gardens etc are available in the project.